Skip to content
Notice: Best Way To Get Best Grade

Many of us get confused about the difference between argumentative and Persuasive essay writing. It is because of the subtle differences between the two genres that sometimes the teachers also struggle to identify them. The article below will highlight some differences as explained by essay writing services UK between the two that will help you to understand each type with its particular attributes.

If we want to identify the type of writing then first we should examine that what does the author intend to propagate through his writing. In an argumentative essay the author will present evidences in order to defend his argument. His focus would be on putting forward evidences that acknowledge the validity of the arguments. An issue statement is introduced in the beginning along with the statement of support or opposition to the topic.

The purpose of persuasive writing as its name suggests is to persuade or convince. In this form of writing the author presents only his opinion regarding a certain issue. He only elaborates his point of view without any consideration of the opposition. It may be regarded as the biggest difference between the two forms of essay writings. In an argumentative essay both sides of an issue are highlighted but persuasive writing only brought forwards the authors point of view.

In a persuasive essay the writer convinces the readers to agree to his opinion whether it is valid or not. But the argumentative writing put forward logical arguments and tries to prove that their side is valid. They present the opposing ideas and make clear distinctions with facts and figures to validate their argument.

In order to draw boundaries between the two genres of writing the tone of the speaker or writer should also be center of focus. In persuasive writing you may notice that the author tone is charged with emotions and at some points it may get aggressive. As the author has to verify his opinion by convincing the readers, so the aggression becomes an essential ingredient for this form of writing. The author wants to stir the emotions of the public on his opinions so he plays with their feelings to justify his point.

In contrary to persuasive writing, argumentative writing defines and clarifies its views in a much calmer tone. As this form of writing does not focus on convincing the readers of their agenda so there is no need to be aggressive or over emotional. Argumentative writing just wants the reader to acknowledge its point of views and make the reader think that the author’s side is worth of consideration.

There are major differences in both forms of essay writings as explained by an essay writing service. While one is based on logic the other is based on emotions. It is also noted that persuasive writing only present one side of the picture that is the author’s point of view. Whereas argumentative writing provides the reader with two point of views with solid facts and reasoning to support one. Thus we can say that persuasive writing bound the readers to only one concept and made them to think according to their own agenda but argumentative writing provides choices for the readers and does not made them to blindly follow a particular concept.

Persuasive and argumentative essay writing has vast differences. When you are writing an essay in any one of the genres do not get confused by the overlapping properties of these writings. Classify the major differences and then choose which form suit you the best. Either you want to convince the reader through facts and emotions or through facts supported by solid evidence.

Availability of online classes and programs

It is a common observation that with the help of digital technology, online schools and classes are increasing day by day. In this perspective, Massive Open Online Courses or MOOC is the best achievement. The main aim of the MOOC is to provide free online courses to the students. These online courses and programs are encouraging the young and old to unite at a single platform and to get an easy access to all the educational programs from their home.

In the past, if we try to know the backpack, then we come to know that it was full of books and other kinds of stationery. On the other hand, if we take an overview of the backpack of the recent students, then we come to know that their backpacks have replaced the books and stationery items with the iPads and other internet connected devices. Its reason is that they can easily get access to the e-books and e-readers with the help of a single click. The main cause of becoming the textbook extinct is that the perspective of the education is online now. 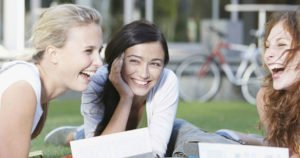 Tips to understand the basics of editorial essay

Tips to write an editorial essay